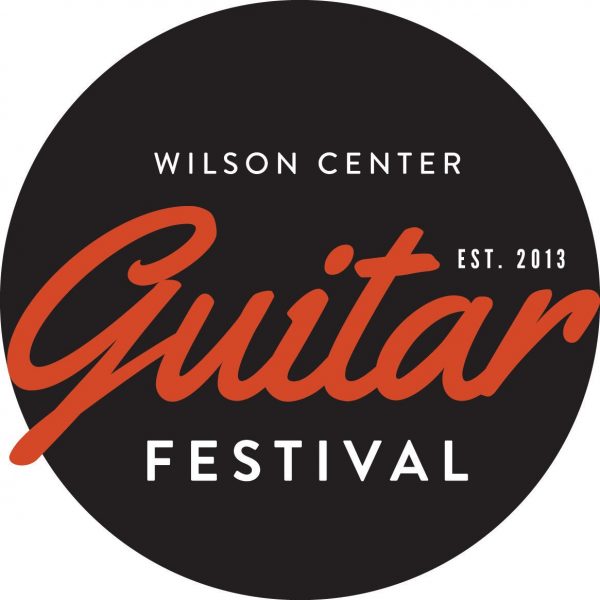 This year’s Classical Guitar division judging panel included: Meng Su and Yameng Wang of the Beijing Guitar Duo; concert guitarists Rene Izquierdo and Elina Chekan, who both teach at the University of Wisconsin at Milwaukee’s Peck School of the Arts; guitarist Jason Behr, who is on faculty at the Wisconsin Conservatory of Music; Brian Torosian, guitar department head at Northeastern Illinois University; Anne Waller, guitar department head at Northwestern University and Nathan Wysock, who is on faculty at Lawrence University in Appleton and Edgewood College.

Romanian-born Silviu Ciulei, who won first place in the Classical Guitar division of the 2017 Wilson Center Guitar Festival, teaches guitar at Furman University in Greenville, South Carolina and is a graduate of Florida State University. In honor of the late French-Tunisian guitarist Roland Dyens, he performed Dyens’ arrangement of Nuages to open Eubanks’ set during the final evening concert of the Wilson Center Guitar Festival.

“I heard of the Wilson Center Guitar Festival competition from some other guitarist friends who entered it before and had some great things to say about it,” Ciulei says. “I also so a lot of advertising for the event online so I figured I’d give it a shot. I had a great experience and everybody was beyond nice and professional and all around accommodating.

“One thing I am proud of is that my former student, Evan Taucher, who is now studying at the University of Wisconsin in Milwaukee, shared the podium with me. He won third prize in the classical division. He also plays a custom guitar made by the same maker as my own guitar—Steven Walter. Like myself, he attended Florida State University for his guitar studies, where we both studied with Bruce Holzman. Evan also studied with me while I was teaching at FSU as a teaching assistant to Bruce. I was Evan’s first classical guitar teacher. I guess it’s cool to see your results both as a performer and as a teacher.

“I love making music on the guitar. It’s a wonderful instrument for conveying different moods and emotions through its tonal qualities and colors. I also love performing, whether it be classical, flamenco, ensemble, solo–anything! Guitar is the only instrument I’m proficient at so it’s my medium for expression.

“I look forward to teaching many talented young artists and helping in any way I can to add to the culture of guitar through my work. I also look forward to playing many, many concerts and performing with many of my friends in music through different projects on top of my solo and flamenco band, the Maharajah Flamenco Trio. I am working on a duo recording project with clarinet virtuoso Jeff Brooks of all transcriptions for guitar and clarinet and, of course, I perform in duos with my lovely wife, the wonderful violinist Tania Moldovan.”

Classical guitarist Samuel Hines won second place in this year’s competition. A graduate of Vanguard University of South California, he is currently pursuing his Masters of Music at the University of Wisconsin, Milwaukee, with Rene Izquierdo, with whom he works as a graduate teaching assistant.

“I learned of this competition in 2014,” Hines says, “when I first participated in the festival. I was just starting my Masters at UWM at the time.  This competition is unique for how it stipulates blind judging from the adjudicators. This was my fourth time competing in this competition!  The good news is that I’ve won 2nd place in the classical sections for three years in a row.  Generally, I don’t like competing, though, of course, it is enjoyable to win!  One of the things I’m learning about myself, as a result, is how to manage my nerves during a competition and to play my best.  Competitions can create an elevated stress level the entire time, but as a result, they are very useful for creating an external outside force that ‘encourages’ you to push very hard.

“We were required to play set pieces required in the semi-final and final round, with no repeats of any pieces allowed from any of the 3 rounds.  The set piece in the semi was En Los Trigales by Joaquin Rodrigo.  In addition to that piece, I opened with the Barrios Prelude in C minor, followed by the Rodrigo, and concluded with an arrangement of The Empress of the Pagodas, from the Mother Goose Suite by Maurice Ravel.

“In the final round, I opened with the Prelude in E major BWV 1006 by J.S. Bach, followed by the set piece, Fouco, by Roland Dyens, as a tribute to him. I concluded with the Capricho de Goya No.18, El Sueno de la Razon Produce Monstruos by Mario Castelnuovo-Tedesco.

“The guitar, for me, is more than just music. It is also sacred.  I find that it gives me an opportunity to create a unique experience, both for myself and the audience, and draw attention to something far greater than I could be otherwise.   It is a blessing, as well as a sacred responsibility, for me to draw attention to the chief Musician in and outside of my playing.  This is what gives me purpose and what I devote my life to.   My goal is to continue to be the very best musician I can be.”

Classical guitarist Evan Taucher, who won 3rd place, is a graduate of Florida State University, where he studied with Bruce Holzman. He is currently pursuing his Master’s degree at the University of Wisconsin in Milwaukee with Rene Izquierdo. Evan was recently awarded first prize in the Schubert Club competition, second prize in the Southern Illinois Artist Multi-instrumental competition, and third prize at the Wilson Center Guitar Competition, all within the past six months. In March, 2017, he received a grant from the U.S Embassy to participate and compete in the Guitar Art Festival in Belgrade, Serbia.

“I learned about the Wilson Center Guitar Competition through friends at Florida State who were also competing. Given that I was attending UWM for graduate school, my entering the Wilson Center Guitar Festival felt like a no-brainer since it is so close to campus. This year, I heard that my first classical guitar teacher, Silviu Ciulei, was going to compete. Though I knew this was going to make the competition much more challenging, I felt it would be enticing to take a shot at it. I studied with Silviu at Florida State University from 2011 to 2012 and knew nothing about classical guitar or how to practice at the time and was eager to learn. Silviu, who was already a very accomplished performer and an incredible musician, is someone whom I looked up to, along with nearly everyone in the guitar program.  Five years later, I managed to win a prize in this incredibly high-level competition and share the same podium with him. What an incredible experience!

“This is my second time competing at the Wilson Center. Last year, I managed to make it into the finals and, this year, I won third prize! Competing, in general, is very difficult. What we focus on for months leading up to the competition is perfecting our pieces but the difficulty we face is primarily with the complex psychological pressure that comes with competing. It’s intimidating to realize in the preliminary rounds that you have just one chance in 10 minutes or less to convince the judges that you should pass. This kind of pressure is most difficult on the day of the event, of course. The days and weeks leading up to it can be crippling.

“It’s easy to compare competitions to a sport, say, like swimming. In sports, there are often several races and competitors will have several shots. In guitar competitions you have ONE shot.  However, the more competitions and performances I do, the less this pressure affects me. These are the challenges of competing.

“What I love about the Wilson Center Guitar Festival and many other festivals is that you meet the people who become some of your best friends at these events. Since guitar is what we all love so much, you’re meeting some of the most like-minded people in the world.

“I plan to be a concertizing artist worldwide and share my entire journey along the way. I’ve been making Youtube videos and intend to keep this up as a way to inspire young guitarists to keep going. I want my performances and teaching to take me to places around the world and bring our classical guitar community closer while expanding our music to a wider audience. Everyone loves classical guitar! It’s just that not everyone has heard it or been exposed in the right way!!”

Please visit the official page for the Wilson Center Guitar Festival for more information and forthcoming details on the 2018 event.