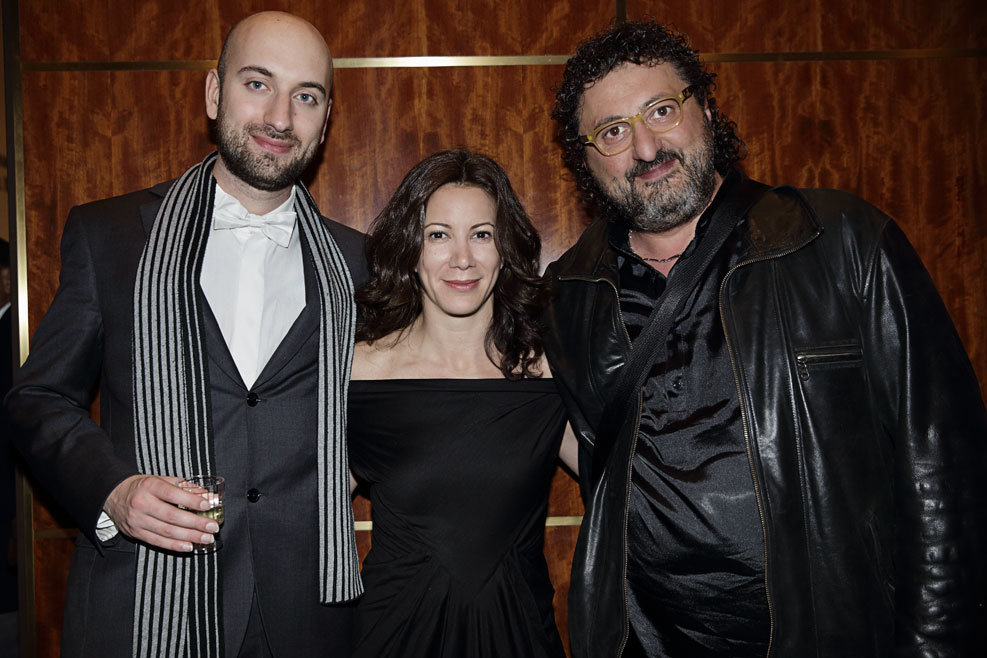 The closing concert of this year’s D’Addario Performance Series at Carnegie Hall featured two exceptional Italian guitarists, Emanuele Buono and Aniello Desiderio, who were both uniquely expressive in their performances, unafraid to shine boldly and brilliantly through their chosen repertoire.

Buono’s playing style can be characterized as elegant, filled with character and sensitivity. At one point during Giuliani’s Grande Ouverture, his hands moved over the fretboard like a pair of hummingbirds during the runs. Whenever technique conjures metaphorical flight, it’s only because the playing musically transcends effort and his rendition of Castelnuovo Tedesco’s Capricho de Goya n.18 “El sueño de la razón produce monstrous” was no less dramatic for conveying the melancholy infused within the piece.

When performing, Buono affected a serious demeanor but it was clear how joyful he was to be giving his New York debut for how his face lit up with a huge smile after he completed playing each piece. He did not lose his poise to the one concert hall phenomenon, which, after covering guitar at Carnegie Hall for ten years now, I’ve always found to be a reliable indicator of a powerful performer.

The magically soothing strains of a good guitar performance often slay the day’s dragons but also induces some audience members to loosen grip of their programs, which slide away and tumble inevitably from lap to floor. The unfortunate effect is the embarrassed, noisy rustling that follows, with others’ seats creaking as they rubberneck to glimpse the culprit.   Buono endured no less than four lap-escaping, floor-crashing concert program booklets yet he remained perfectly unfazed by the racket during the more technically demanding parts of the Rodrigo’s Tres Piezas Españolas.

During intermission, a murmuring buzz consumed the hall as to how the musical fare of Aniello Desiderio would be presented.   Would the music be served up to the audience properly, with well-known dishes crafted by a chef composer? Rumor had it that Desiderio was a performer who just might decide, en route from the kitchen to the dining hall, to serve you musical orange juice spiked with wasabi.

The pieces, at least in print, promised to be familiar. But this is one thing that I’ve often questioned about classical guitar concerts: why should a classical guitarist have to play like a waiter serving what the composer has written? I could just as easily stay home, pop a CD into my computer and be content with listening to a track of chicken soup rather than put up with all the other crazy people in New York who also ride the dreary subway to Carnegie Hall specifically to listen to someone who has flown in from across the ocean and endured all the hazards of plane travel with a guitar, only to serve the exact same…chicken soup. Except maybe I get to go home and say, phew! He did it! He made the soup without accidentally losing a fingernail or allowing the pot to boil over.

Probably the best way to describe what happened at Aniello Desiderio’s concert is that there had been an expected unveiling of Velazquez’s beloved Las Meninas, but instead Picasso went onstage and painted an entire series of Las Meninas—recognizable but divergent, dramatic and colorful.

When he felt the need to explain his artistic choices before he performed Koyunbaba, Desiderio remarked that, over the years, when he’d asked Carlo Domeniconi what inspired him to write this piece, the composer gave him no less than ten different stories. The humor implied was, that if the composer could give him at least 10 different reasons for writing a sole work of music, then the guitarist should at least be allowed to deliver his own interpretation of it. I am sure there is an entire school of debate as to what the composer-performer relationship ought to be and how much of it is collaborative, interpretive or simply typewritten through the guitar.

“I think we need to be free—basta!” Desiderio said onstage. Realizing there was really very little need to say more, he picked up his guitar and played.

Desiderio is in complete command of the guitar and is a master of its dynamic range. In his hands, the guitar became a can opener that hopefully opened minds and ears into a new way of hearing the old and familiar. I know for myself that I will not ever hear the Asturias the same way with the curious marching voice he coaxed from the bass notes, not to mention the powerful drama he managed to wring from every note of Koyunbaba.

Among his current projects, Desiderio, is also a founding member of Quartetto Furioso. “I perform with my brothers Gennaro and Gaetano Desiderio, who play violin and piano, and with percussionist Salvatore Minale. We play Four Seasons by Piazzolla and pieces by Vivaldi and I have a project to record John McLaughlin’s concerto, Thieves and Poets, which John gave to me. I already premiered this concerto in Europe during the Koblenz International Guitar Festival with an orchestra and I am also planning to record my next CD with Bach compositions, such as the Chaconne.”