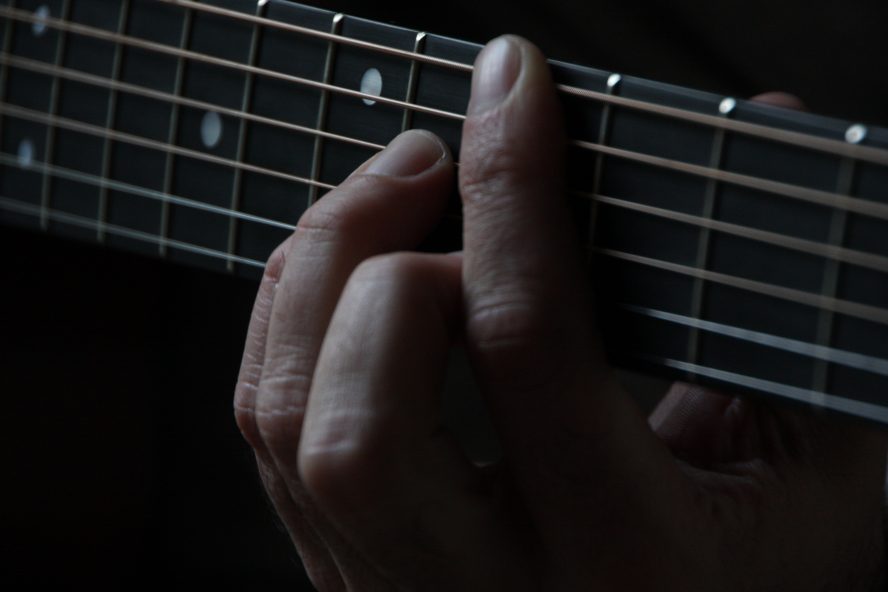 Once upon a time, a prominent international concert hall performing guitarist experienced a significant nail breakage onstage, which sent a little piece of nail flying into the air like a projectile that pinged off me like an elfen arrowhead.  Shockingly, I overheard him mutter beneath his that my front row journalistic presence was “distracting.”   Never mind how that bit of logic connects to a torn nail tip—losing a nail is a classical guitarist’s worst nightmare yet alone to have it happen in mid-performance.  It leaves you feeling like Monty Python’s Black Knight wobbling around on your knees, as vulnerable as a declawed cat.

I’ve never had the luck myself of brandishing the enviously perfect right hand classical guitar-playing nails.  Mine had always had rice-paper thin and prone to tearing.  Admittedly, this probably came from years of eating dainty, dietary salads, crunchy twigs and other faddish bark shavings when I ought to have been consuming slabs of protein.

Now that I play the electric finger-style, the nails are hardly a priority except for bloodied cuticles that come from whapping around on razor-thin steel strings.  Just like flecks of paint on the back of my knuckles are a dead giveaway to painting, my ripped up, reddened cuticles with negligible fingernails means I’ve been playing.  So why write an article about something as basic as hand and nail care?  It’s good to review.

Consider it a reminder.  I’ve laid out a set of guidelines, useful websites and links in the text below.  Some items are standard that you may already have…

Emery boards or metal diamond files–which is best?  Anything is better than using your teeth out of desperation, of course.  (Been there, chewed that and have always had to fix it all later.)

Both emery boards and diamond files must be used directionally on the nail to maintain surface integrity, yet both of these file types do leave microscopic, raggedy edges along the nail edge.  Traditionally, this is where secondary use of the 500 grit open coat sandpaper comes into play, to minimize any residual roughness.

Glass files can be used in both directions and do not create these micro-tears at the edge.  No grit paper required.

At one time, TSA regulations prohibited diamond and glass nail files in hand luggage. However, as of 2017, the only manicure item not permissible is tiny scissors.  Also very useful, pocket-sized and TSA-friendly:  Luthier Music pocket-sized cloth files.

Many experts have written advice on various filing techniques best suited to the physics of obtaining the best overall tone.  The classics are Scott Tennant’s Pumping Nylon, Aaron Shearer’s Method Book, and Douglas Niedt’s online videos so have a look.

You’ve chipped or torn a nail, now what?

Any standard set of artificial acrylic nail tips from the local pharmacy’s beauty section can be used in a pinch, but the material that provides the closest tonal quality to a real nail comes from carving up a ping-pong ball and applying it to the broken nail surface with super glue before filing and shaping it. Here is a link to a set of instructions on how to tackle the ping-pong ball nail repair.

The main objection to using the ping-pong ball method is that it can only be relied upon a quick fix, as long-term use of super glue on the nail surface will eventually degrade the health of the nail surface and nail bed.

If you’re worried about using super glue out of concern for exposure to toxic chemicals, you might be interested to know that cyanoacrylic (super glue) was used in WWII as a means to close soldiers’ wounds as a replacement for sutures.  As long as you’re not intentionally breathing in the fumes, you’re fine.  And do not be fooled by the name–polymer ethyl cyanoacrylate is not the same substance as deadly potassium cyanide.

If you land super glue anywhere you did not intend, which is always an inevitability, here’s a great online manual on how to approach the delicate removal of super glue.

The late great Rico Stover once sent me a complimentary set of his pricey Rico Nails, a kit that he’d developed as a healthier alternative to the whole ping-pong ordeal.  The kit consisted of sets of artificial nails in varying sizes and no-mess sticky dots made of a non-toxic adhesive that spares you from the nonsense of say, picking up your mobile phone in mid-ring and then having to unglue yourself from it.  (No, this hasn’t happened to me.  At least not yet.)

Rico sent me the kit when I was switching over to playing the electric.  I still needed my classical-playing nails at the time for a weekly classical guitar playing gig that I had in Hell’s Kitchen.  As much as I liked the idea, Rico Nails didn’t work for me.  I remember the artificial nails kept flicking off, and I worried about this, especially within the proximity of dining patrons.

Admittedly, there’s a chance that I was applying the nails incorrectly so don’t dismiss trying them on my account.  Anything new is worth an effort and Douglas Niedt seems to be an advocate, along with four reviewers on Amazon.  Please note, it’s human nature for most to slap up bad reviews in a heartbeat, while it takes consideration, effort and genuine enthusiasm to write a good, thoughtful review–so I would consider all four 4.6/5-star reviews to be golden.

Lastly, on this topic, I remembered that flamenco guitarist Juan Martin has an impressive glossy blade of a thumbnail on his right hand.  Martin tells me he uses silk nail wraps.

“The shop where I find them in London is ‘Sally’s,’ which exists in other cities in the U.K. and the U.S., too. They also supply good nail buffers for polishing nails,” he says.  “The Chinese silk comes in strips in different widths for all five fingers, though they are primarily made for fashion and beauty purposes, not for guitarists.  My hands are medium-sized, but they fit my nails okay.  If a player has large fingers he or she can potentially use the middle finger strip for the index finger in order to have more width.

“The Chinese silk I use with Locktite superglue over it will normally last a week to ten days if I’m on tour but even two weeks if not.  If one tries to keep water away from the right hand it will last longer.”

Hands take all the brunt of a day’s work.  It’s easy enough to brush one’s teeth twice daily, but hand care?  I’m definitely remiss, mostly because I’m always busy Doing Something (stupid, like nicking baked French fries impatiently out of a 400-degree oven) and know perfectly well that my stubby little badger digits shall not be making an appearance on a TV commercial, proffering forth salad dressing or diamond rings.  I’ll do my best but still garner clucks of consternation from the local nail techs.

1.  A daily collagen supplement.  It does wonders to strengthen the nails.  Mix it with a drink.  My favorite is 1 scoop of collagen powder, 1 T powdered cocoa, 1 T almond butter, 1 cup of sweetened vanilla almond milk + 4 ice cubes in a blender;

2.  Humidify.  Autumn through February is the worst.  Any lotion will do.  I love this one cuticle oil, though, because it has a great fragrance of spiky bright lemon and lavender.  If you prefer a brush applicator, try this.  I’m of the mind that whatever you use will result in greasy fingers so just rub it all in.

3.  Refrain from shaking hands with a metaphorical python.  Seriously.  Some people haven’t outgrown that Quien Es Más Macho mindset of who can deliver the most bone-crushing handshake.  It’s the grown-up equivalent to the typical 12-year-old’s dare to see who can outdo each other by imbibing The Most Hot Sauce without wincing.  Use your instincts.

I don’t advocate coming across as if your hands are insured by Lloyd’s of London, especially around others who already know you’re a guitarist.  However, if you find yourself in a crowd of strangers moments before a concert, holding your hands behind the back with a polite nod and a “How do you do?” will suffice, along with a short and sweet explanation.