This past Saturday, September 11th, Gary Lucas and Gods & Monsters performed a memorable 40th Anniversary Concert to at Poisson Rouge (in the former Village Gate location) with a variety of guest artists, which included … Read more…

Grammy-nominated songwriter, composer and innovative guitarist Gary Lucas, who has been dubbed the “Guitarist of a Thousand Ideas,” is also one of New York’s busiest and versatile musicians with an ongoing multiplicity of projects which include the recently released UK publication of his book, Touched by Grace: My Music with Jeff Buckley (Jawbone Press); his spectacular new solo album Cinefantastique (Northern Spy Records), featuring guitar instrumental versions of theme music from the films of Fellini, Hitchcock, Jacques Tati, Bela Tarr and other film greats plus his own music for Spanish Dracula and Rene Clair’s Entr’acte and, last but not least, his collaborative album Otherworld (Cherry Red Records) with prog rock troubadour Peter Hammill.

Released this past autumn, Touched by Grace documents the joys, volatility and heartbreak of Lucas’ briefly-lived musical partnership with his friend, Jeff Buckley while casting an unsparing eye toward the machinery of the music business. Lucas–who has worked with Captain Beefheart, Lou Reed, John Cale, Nick Cave, John Zorn, Bryan Ferry, Joan Osborne and many other artists, in addition to founding his own band, Gods & Monsters–first met and performed with Jeff Buckley at a tribute concert for his father, Tim Buckley, at the Church of St. Ann in 1991.

Mesmerized by Jeff’s haunting vocals and stage presence, Lucas immediately wrote two guitar instrumentals which became the foundation for two songs he co-wrote with Jeff: “Mojo Pin” and “Grace.” Given the magic of his guitar playing wizardry paired with Buckley’s unearthly voice, Lucas felt that Gods & Monsters was poised to launch music history. However, Jeff surprised him by signing an exclusive solo contract with Columbia Records, the label axed an earlier contract for Gods & Monsters. “Grace” and “Mojo Pin” became part of Buckley’s debut album for Columbia Records. Buckley was writing music for his second album in Memphis when he took an evening swim in the Wolf River and drowned unexpectedly in the path of a boat’s wake. He was thirty years old. Rolling Stone magazine has cited him as one of the 100 greatest singers of all time.

“I worked on the book for a year,” Lucas says. “I felt compelled to get my story down as much as possible. It wasn’t easy because I had to dredge up memories which I felt disturbing to re-live and dwell upon but it was important for me to write about it because it covered the highs and lows of our creative relationship. I didn’t spare myself either.

“The 20th anniversary of Jeff’s Grace album is coming up. I would think that anyone who would like to learn more about Jeff would be interested in reading Touched by Grace because the book was written by someone who knew him both personally and as a creative collaborator.”

The book transcends the biographical to convey a vivid conjuring of New York City’s playing clubs and creative landscape through a working musician’s eyes during the late 80s-90s. It is also a morality play painted with the various Hieronymus Bosch-style delights, hells, choices and consequences one faces as an artist with negotiating one’s own production, marketing and promotion.

“I never aspired to be a mainstream artist,” Lucas says. “I was always on the more on the esoteric side of music and playing is what moves me. As for the world of social media? I don’t want to write snappy little bromides about what I ate for breakfast. It has so little to do with music. Everyone is so fixated on metrics and the bottom line and I understand that because there is not a whole lot of money to go around. I think it was William Goldman, the screenwriter, who said, ‘Nobody knows anything.’ Even the pundits. I simply don’t want to operate that way as an artist. Beefheart said, ‘Either I’m too smart or I’m too dumb.’ I don’t want to live by the sword of numbers or a yardstick of popularity. I am looking for believers who are looking to be associated with a quality artist. Andre Gide, the great French philosopher/writer, wrote, ‘Great art is made of strength, not of freedom.’

“When you have limited parameters, budget-wise or time-wise, I find I am at my creative best,” he says. “The idea of a so-called democratization of the arts, that it is a level playing field—it’s still a joke. It’s driven by the smell of money. Lou Reed, God bless him, made a speech a few years ago at SXSW when asked, “What about major labels?” He said, “What about them? You don’t need them! You’ve got the internet now.” Here’s a guy whose whole career was made by various major labels. I’m not a record label, though. I do a lot of my own work but I’m not a label and don’t warehouse records. I love it when someone else does the marketing.”

Lucas’s Cinefantastique is his most exuberant solo album yet, featuring his arrangements of memorable music themes from seventeen film classics poured straight from the heart of both his Gibson J-45 and Fender guitars. The melodies for Mon Oncle and Monsieur Hulot’s Holiday open the album with a joyful spirit. There are many stand-outs on this album but among a top few favorites are Lucas’ swooping, ethereal Bali Ha’i, his propulsive guitar playing in J’accuse, the soaring eeriness of Vertigo, Lucas’ own composition for Spanish Dracula, the sweetly whimsical banjo sound for Howdy Doody and his lively rendition of Vince Guaraldi’s Charlie Brown.

“I’ve always loved film music,” Lucas says. “From an early age, I used to show home movies in the basement along with horror movies on 8mm, like Frankenstein and Dracula. I landed a commission when I was in college from an upstate medical facility in Syracuse to write music for a film they were making called Aquatic Ecology. Rod Serling was the narrator. They asked me to come up with a guitar music theme, which I did. That was my first film soundtrack. Later I worked with them as an assistant, editing a film on prosthetic knee operations—horrible, really bloody.

“During the 60s, a film theme could easily reach pop charts. The paradigm changed in the 70s-80s, as lot of rock and pop music became licensed for placement in snippets of scenes and then the album would be marketed to you as a soundtrack, though the music in the film really wasn’t the same thing. I like composed film music.” Lucas performed his original score for the silent film, The Goddess, in Santander, Spain, earlier this year, which he intends to record at a future date.

Other World (Cherry Red Records), a collaborative album by Van der Graaf Generator’s Peter Hammill with Gary Lucas, is aptly-named for its phantasmagoric, shape-shifting guitar brilliance paired with Hammill’s stark voice, which emerges from the sonic mists of stripped-down folk ballads to offer a wry look at the vagaries of time, love and life the music business. Highlights include: “Built from Scratch,” with Lucas coaxing forth a thrum of lyrical shadows and harmonics, which Hammill floats with Doppler-esque ripples and eerie palettes of sound texture. Set against a sassy guitar groove, the song “This is Showbiz” creates a memorable portrait of a stoically enduring performer who sings with renewed meaning after unexpectedly glimpsing a beloved face within the audience. The instrumental “Attar of Roses” features a sinuous guitar melody drawn into a blooming collage of delicate steel strings that envelops and embraces the ears with sweet resonance. Other World is a wild yet seamless fusion of musical depth and rich color between two distinctly original artists.

“It’s funny how this album came about. I saw Peter on my first trip to UK in ’73. I was playing the premiere of Leonard Bernstein’s Mass in Vienna and I hopped off in London on the way back to the States to check out the music scene. I was writing for a rock magazine called Zoo World, which was trying to emulate Rolling Stone, coming out of Florida. I was directed up to a gig of Peter’s by a fan of his who worked in a record store on Oxford Street. And I knew Pete Frame, who was the editor of Zigzag, creator of rock family trees, these detailed, graphic depictions of how bands came together, like architectural drawings. Frame had me stay with him as his guest in Aylesbury.

“My lucky break was, Peter Hammill was going to be playing a solo gig in a place called the Friars, very well known music club in Aylesbury. I took a train up for the show. Phil Collins played with Zox and the Radar Boys and this was with Peter Banks, the first guitarist of Yes before Steve Howe. Peter Hammill’s performance was dark and depressive on piano and he was incredibly good. I interviewed him afterward and found him to be super nice and friendly.

Van Der Graaf Generator. Peter and I started a correspondence a few years ago and he invited me to come out to record at his studio in Bath. I was hardly off the train but twenty minutes when he offered me tea and we were off and recording. In a day and half, we laid down tons of tracks. We had one more recording session last spring for a few hours and he created a great mix.

Just this past February, Hammill and Lucas launched a packed, very successful first gig at Union Chapel in Islington, U.K..  They have an upcoming concert date set for April 27th at the Gouveia Art Rock Festival in Portugal.

A Quote to Pluck By

“When the sounds of Gershwin came into my life--that was it."

From his interview in My First Guitar: Tales of True Love and Lost Chords from 70 Legendary Musicians by Julia Crowe

Thank you!! Your subscription is much appreciated! 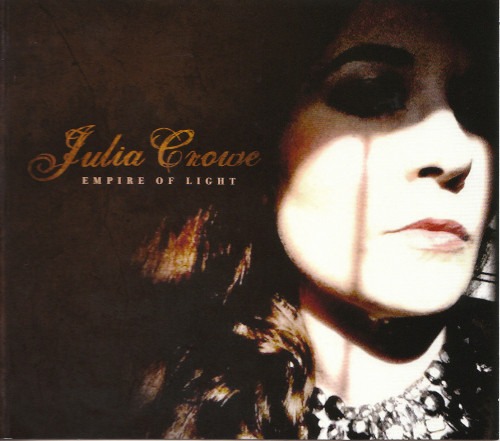 The stories on this site are free because we believe in delivering great coverage on all aspects of the the guitar and those who contribute to music and the arts. Support The-Guitar.com for $3.00, the price of a coffee! Whatever amount you'd like to contribute toward this site's upkeep and maintenance is appreciated!
Save 70% on select product(s) with promo code 7072OO37 on Amazon.com 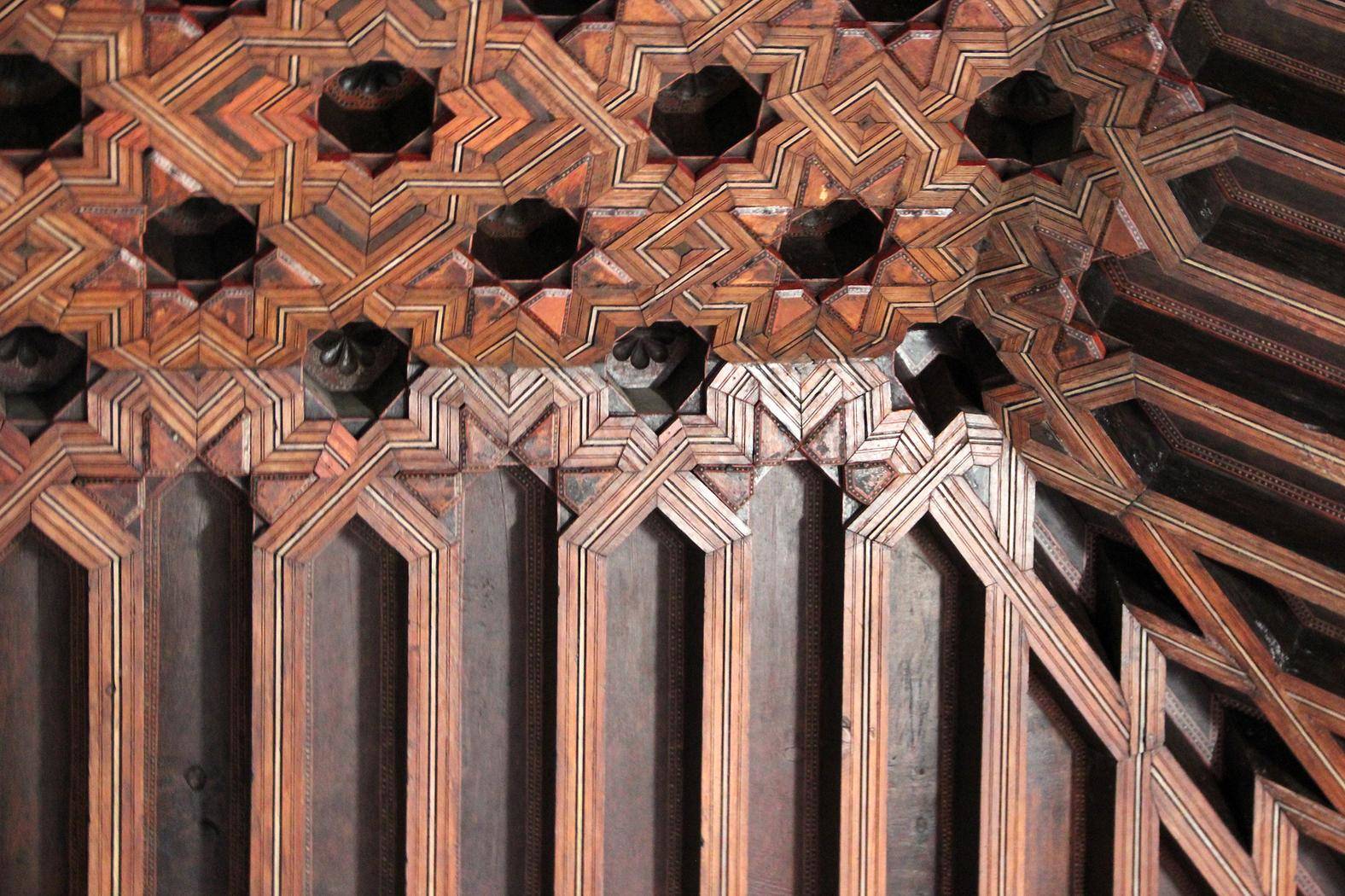 Glimpse Inside the Soundhole